Brewing great beer is part passion and part precision. The satisfaction of crafting and drinking your own homemade beer is hard to beat, but it's important to follow the right steps to ensure cleanliness and great taste.

Not all beer styles are the same, and taste is often a matter of preference. There are several key processes involved in making beer that all homebrewers should know inside and out. By starting with the right instructions and equipment, you can hone your skills quickly and get on the fast track to brewing a full range of delicious styles in the comfort of your own home.

A History of Homebrewing

The craft beer boom is a relatively recent phenomenon, but brewing itself is one of the most ancient processes known to man. Archeologists have found evidence of wheat and barley-based alcohol being fermented as early as 13,000 years ago by the ancient Natufian people in what is now Israel. Researchers believe that the ancient Natufians consumed the fermented beverage during ritual feasts honoring their dead. The oldest scientifically confirmed example of a barley beer was discovered in modern-day Iran and dates back to around 3400 to 3000 B.C.

Throughout history, early forms of beer were brewed and consumed by civilizations around the world. Researchers have found documentation of beer being produced and consumed by ancient societies in Rome, China, Armenia, Greece, and Egypt. During the industrial revolution, new inventions like the thermometer and the hydrometer made beer production more precise and efficient.

In America, homebrewing was illegal from 1920 until 1978 because of laws passed during prohibition. Shortly after President Jimmy Carter reversed the bans on home brewing and winemaking by signing H.R. 1337 into law, nuclear engineer Charles Papazian founded the American Homebrewers Association.

The mission of the new association was to unite amateur homebrewers with one another, provide them with information, and advocate for their rights in the United States. Since its founding, membership in the AHA has expanded to over 30,000 homebrewers throughout the country.

Why You Should Brew Your Own Beer

There are numerous reasons why homebrewing has become more popular. Love of brewing and enjoyment of the final product are reasons enough for many people to begin making their own beer, but there are also a few factors that make homebrewing a practical decision in the long run.

It's no secret that craft beers are expensive. Depending on the style and the brewery, small-batch beers can frequently cost more than $10 for a four-pack of 12-ounce bottles. For regular beer drinkers, these prices add up. After the initial investment for equipment, the cost of homebrewing each batch is much lower than buying the same volume of craft beer from a store. As a result, homebrewing kits pay for themselves over time.

Despite all the choices you can find in a modern store, many beer drinkers still have difficulty finding the optimal brew for their taste. Preference is often subjective and no two people have the same taste. Homebrewing gives you the option to choose your style and add the ingredients that you want.

Another benefit of homebrewing is the ability to control the nutritional elements of the beer you drink. There are several health benefits associated with drinking in moderation. However, many commercial beers are filtered and pasteurized, which extends their shelf life but also strips them of key nutrients like vitamin B. Homebrewed beer is unpasteurized and typically contains more nutrients than commercial alternatives.

What Are the Ingredients of Beer?

The exact recipe and quantity of ingredients for a batch of homebrew can vary significantly depending on the style of beer you’re making, but there are several core components of beer that all homebrewers need to know about.

Complex recipes like flavored stouts or porters may require additional flavoring ingredients, but these seven components are essential to most types of brewing. If you’re a new brewer, getting comfortable with these ingredients is the first step toward expanding your brewing repertoire.

What Equipment Is Needed for Homebrewing?

In addition to ingredients, first-time homebrewers also need to make sure they have the right specialty equipment before getting started. The Homebrewer’s Association identifies several crucial items that all homebrewers should have on hand.

After you make the initial investment, most brewing equipment does not need to be replaced. The significant savings offered by homebrew over store-bought beer will help your equipment pay for itself over time. To reuse it safely, all brewing equipment must be thoroughly sanitized before and after every batch.

In brewing, even a small amount of contamination at any stage can ruin an otherwise good batch. Contamination won’t necessarily turn your homebrew toxic, but the presence of unwanted microbes can drastically alter the taste, smell, and texture. You can avoid this by taking proper sanitation measures throughout the brewing process

As a general rule, any piece of equipment that will come in contact with the beer must be sanitized before you start brewing. Everything from the fermenter to the bottling bucket to the siphoning tubes. Before you start, it may be helpful to run through a list of all the equipment you’ll be using to make sure it has been properly cleaned. 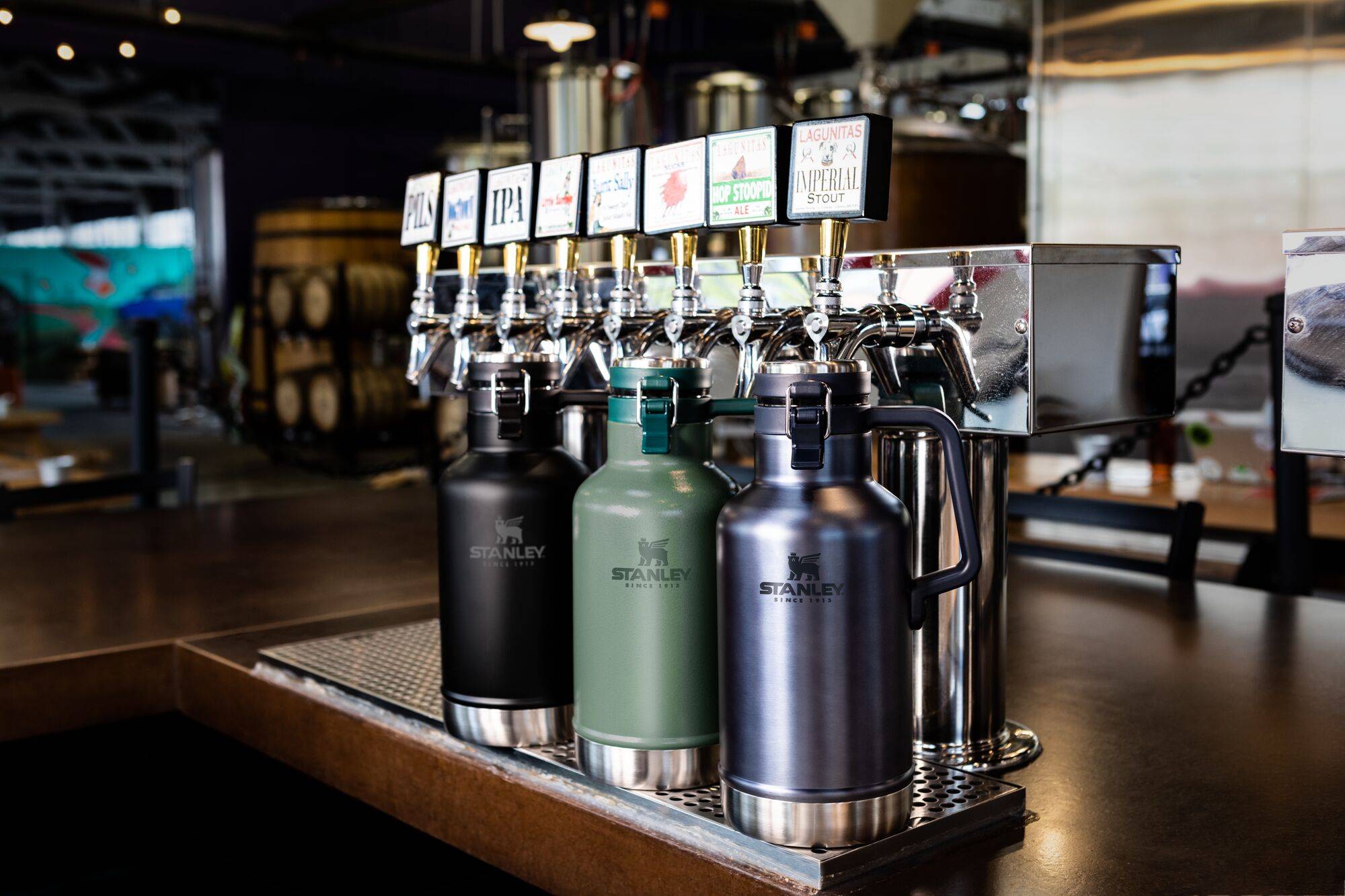 To minimize the chance of contamination, you should thoroughly wash all equipment using an oxygen-based cleanser like podered brewery wash (PBW), and then sanitize using an odorless solution like Starsan. You should rinse out all equipment with water in between washing and sanitizing.

The first step for all types of homebrewing is sanitizing the equipment you’ll be using. After that, the steps can vary depending on the specific brewing technique being used. Two of the most common techniques in homebrewing are all-extract brewing and all-grain brewing; each of these corresponds with its own set of steps.

All-grain homebrewing is more complicated than extract, but offers the brewer more control of the process. Here’s how to get started with all-grain brewing:

Once fermentation is complete, the beer is ready for bottling. The techniques and considerations for bottling will be the same for both the all-extract and all-grain brewing techniques.

While it may not seem as important as brewing itself, properly bottling your beer will help protect its taste, aroma, and texture. Bottling is fairly straightforward, but there are several things all homebrewers should know: 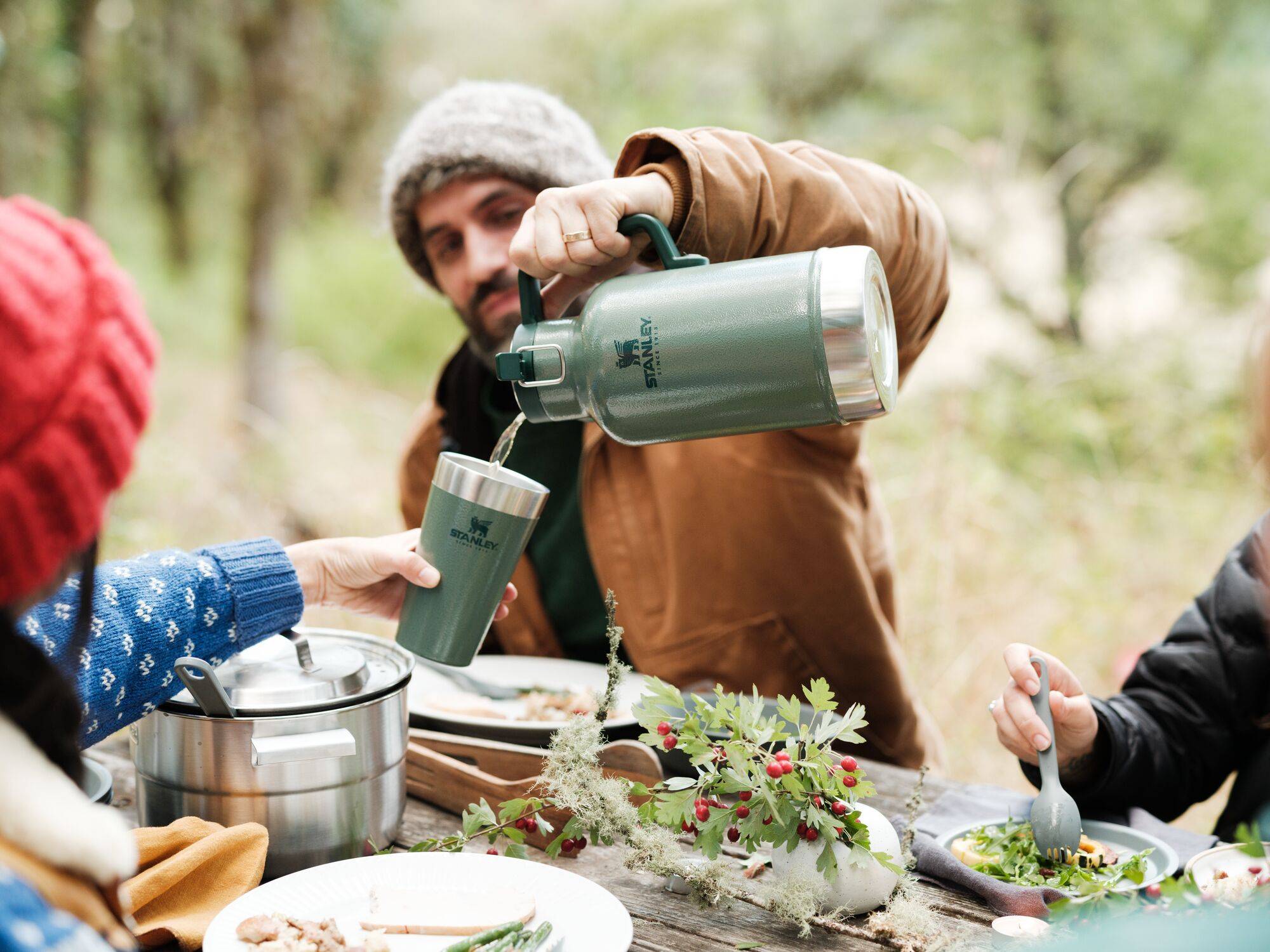 After carbonation has taken place, get ready to relax and enjoy your beer!

Stainless-Steel Barware For All Occasions

Enjoying your home-brewed beer may seem as simple as cracking a bottle and taking a sip, but that approach may not always deliver the best results. Serving and consuming your homebrew with the right barware can help you and your guests better experience its tastes and aromas.

As any seasoned beer enthusiast will likely tell you, the glass or cup you drink from can noticeably affect your overall tasting experience. The optimal drink container for your homebrew depends on the style of beer. For traditional ales, lagers, and dry stouts, a classic stein or pint glass is usually the best way to go. Stronger or more complex beers, like German bocks and Belgian tripels, should be enjoyed in a goblet or chalice-style glass for the best experience.

Proper storage of your homebrew is also crucial for best taste. If you’re transporting your beer to enjoy outdoors or at a friend’s house, numerous variables can potentially impact quality. When beer is exposed to sunlight or isn’t sealed properly, it can become flat or skunked. Storing and transporting your beer in a resealable, light-proof container like a metal growler can preserve its freshness through fluctuating environmental conditions.

After carbonation has taken place, get ready to relax and enjoy your beer!

When it comes to brewing, even the experts are never done learning. If you’d like to know more about beer and homebrewing, check out these resources for recipes, walk-throughs, beer-related discussion forums, and more.